The man stood in the doorway to my office with clenched fists; his face was turning red and then he shouted through his teeth, “I am a very joyful person.”  I could tell I made him mad.

I made it a bit worse when I said, “It really shows.”  He stormed off.

I am not sure if I am as gifted as I once was, but there was a point in my life where I had a real gift for infuriating people.  In seminary when I would come home from classes Kathy would often comment, “making friends again?”  To which I would say, “nope.  Don’t think so.”

While I was accustomed to making people mad, I was surprised by the man who confessed his joy with such anger.  I can remember thinking, man, even joy can upset people.  What I said to him, and to be clear it was not my intent to torque him off, what I said was my revelation, a kind of salvation I experienced.

For the better part of a year, I preached through the letters of the Apostle Paul.  I did it chronologically.  Started with Thessalonians and ended with Philippians and Colossians.  This chronology is about 15 years.  The apostle Paul wrote letters from around the year 50 AD to the year 65.  What I found, what brought me joy, was to watch the change in him during the years he wrote.

The first letters of Paul were rough.  Not in terms of style or syntax, they were rough in terms of how he treated people and saw the world.  Basically, Jesus was coming any day and there was going to be a lot of destruction, a lot of judgment.  And for the people who were trying to control or quibble or segregate the Gentile believers in the church, well, he didn’t hold a lot back.  To those who wanted the Gentile converts to be circumcised he suggested they castrate themselves.  Not a subtle point.  Paul was rough.

But then, something began to change.  In the letters to the church at Corinth, sure there was crazy stuff, and way too much cosmic Jesus for me, but there was also the poem to love and a nod to mystery, even a more genuine humility.

The real change, though, came in prison.  It was as if being incarcerated set Paul free; it was as if the time to sit with the gospel opened up truth in a way that had eluded him when he was on the road.  By the time I got to Philippi with him, I could hear a whole new man.  Gone were the taunts and chastisements and in their place was a plea for joy. Make my joy complete.  Have one mind.  Empty yourself.  You can do all things.

Believe it or not that is what I shared with the man in the doorway of my office.  That was it.  As he argued with me and tried to refute my salvation, I kept suggesting how wonderful it is that Paul was set free in prison; he found a whole new way of looking at life and the church.  The whole new way is what really rubbed the man in my doorway the wrong way.  For him the Apostle Paul needed to be perfect; he needed to be always right, from Damascus to Rome always the same, a divine, infallible oracle inspired and conveyed by the Holy Spirit.  Change meant there was a possibility that he was not always beyond question.

Change can be difficult.  True.  But that wasn’t really the source of the man’s anger.  It was the possibility of change.  Paul needed to be beyond possibility, an assurance that was unbreakable, unquestionable, undeniable. I realized my blunder when I saw the fear in the man’s eyes.  What was hope to me was dread to him.

I was not the one to help this angry man.  That was clear.  But I did hope for him.  It is difficult to live in the ambiguity of fate and fortune, to abide in the gray of truth, the possibility of change; yet it is a terrible day to live defending an angry god, a tyrant king whose perfection is used as a club, cudgel, an excuse for all sorts of fear and hatred.  I pray for him each time his memory is conjured in me.

You all know that at the end of the gospel of Matthew, they kill Jesus.  They are very, very angry with him.  And it is not a cup of poison, hemlock, as was offered to Socrates.  No.  This was a violent, criminal’s death.  There were beatings and scourges and taunting and betrayal.  His death was terrible.  Crucified.

And for what?  Healing the blind and the lame?  Feeding the five thousand?  Telling people the kingdom of heaven was like a mustard seed?  Well, kind of. Yeah.  He told people that change was possible. The kingdom of God was at hand; here and now; and you, all of you, can be free.  For the people in power, for the people who needed things to be what they expected things to be, well, this possibility of freedom was way too much. They too were joyful with clenched fists and angry voices.

The parables of the mustard seed and the yeast are a couplet, a pair, a set, like salt and pepper, eggs and bacon, cigarettes and coffee (oh, scratch that, that’s Otis Redding) coffee and donuts.  They go together in that they are both about change, parables of profound change.  But they also contradict, oppose one another.  The parable of the mustard seed is how humility can save you, redeem you, change you.  If you venture down the path of humility and meekness, if you stick it, well, you will become the greatest.  Your soul will become a house of freedom.  Birds of the air will make their nests in your branches.  That is a clear picture of freedom, one of the greatest really.

The parable of the yeast is about change too, but it’s not really about freedom.  It’s about ruin.  We know this all too well.  A little bit of power is all it takes to change a good person into a tyrant.  Just a little authority and people become crazy.

Power, like yeast, is not bad.  We need power, we need it to get things done, to make things run, to lift heavy stuff that needs lifting. But we also need to be clear about the danger.  Jesus will tell those who will listen: if you want to be the greatest, be the least; if you want to be first, be last; if you want to hold on to power, become the servant of all.  It’s good advice.  But you can’t follow this advice if you leave the path of humility.

That you must keep to humility is the foil the yeast provides to the mustard.  You can’t be humble for a time only to move on to arrogance.

These parables go together, play off each other.  Just a glance, just a word, just a grasp can be the yeast that ruins our soul.  Be humble, be meek, and you will inherit the earth. But don’t destroy your inheritance with a sense of entitlement.

Preaching through Paul saved me in my first call, first church.  In the years to come I would struggle with the very letters that freed me.  Today, most of what Paul wrote is not my taste.  Lot of what he said to the churches should be taken with a grain of salt.  But he was not the only thing that saved me in those first years.  There was another moment of salvation.

The other moment of profound change that came over me was a real surprise.  That a young pastor would be changed by reading the Apostle Paul is not shocking.  Pretty famous club of folks who did just that.  This is almost expected.  What was not expected was that somehow I stumbled upon the writings of Norman Vincent Peale.  I devoured them.  Thought long and hard about Norman Vincent Peale.  Mostly, I became convinced that his great insight, his key message running through all he wrote, was this: the good news is good, the good is a life of joy, and this joy is found by those who believe and strive to live it.

I can distinctly remember my fellow pastors and former classmates ridiculing me for my enjoyment of the Power of Positive Thinking.  How can you read such rubbish?  Have you lost your mind?  There is nothing like good friends.

But in a way I had lost my mind.  I lost the mind convinced that faith was being serious, faith was lived by tearing everything apart, ready to refute, to leave no stone of falsity unturned.  I lost that mind and a new mind was born.

The birth of the new mind was really a moment when I considered to whom Norman Vincent Peale was writing.  The real birth for me, a positive appeal, was when I could see the faces he could see.  I could see what the young father beaten down; the young mother left to raise children on her own.  I could see what he saw: the weight crushing people.  Debt, fear, abuse, addiction, all types of suffering weighing hard on shoulders bowing heads in shame. I could see them and that was what changed me.  For I knew, believed, trusted, all my serious pursuits, all my critical thinking and academic posturing would never lift one head, ease one broken heart, offer love to any soul languishing.

Paul convinced me I could change.  The mustard seed could be planted in me.  If I kept to the path of humility, I too could become a house of freedom, where the birds of the air make their nests.  Norman Vincent Peale convinced me how much we all need this change and how this change begins in a moment of hope, just a simple seed cast deep in us where we trust, I can walk unto freedom; I can find this path too.  Faith is the path, a kind of surrendering to God, to hope, to joy mostly.

Many, many years, and degrees of education taught to think critically.  Be serious.  To let faith seek understanding.  Just a few years in a church let me learn to live joyfully.  Let faith seek good cheer. I became a lot less serious, but a lot happier.

The struggle to be free, to lay aside the weight that so easily entangles, the need to control that exhausts us: this is the yoke of sadness, the burden we needlessly carry.  I say needlessly because there is no obstacle, no price to pay, no application fee for humility.  Meekness is the open road Jesus bids all to walk with him.  You just need to believe in the possibility of change.

Your life may be complicated, interwoven with stifling commitments and jumbled definitions and suffering from pride or self-loathing; you may be living with a verdict a diagnosis a pending divorce; you may be desperate and unconvinced life is going to become better.  Fair enough.  The yeast can ruin us.  No denying that.  Just a little bit of success, a little bit of money, little bit of power and we are ruined.

The kingdom of God is fragile, vulnerable, breakable.

And the kingdom of God is like a mustard seed.  Your soul can be a house of freedom if you believe.  Amen. 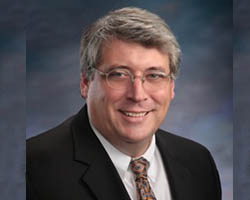